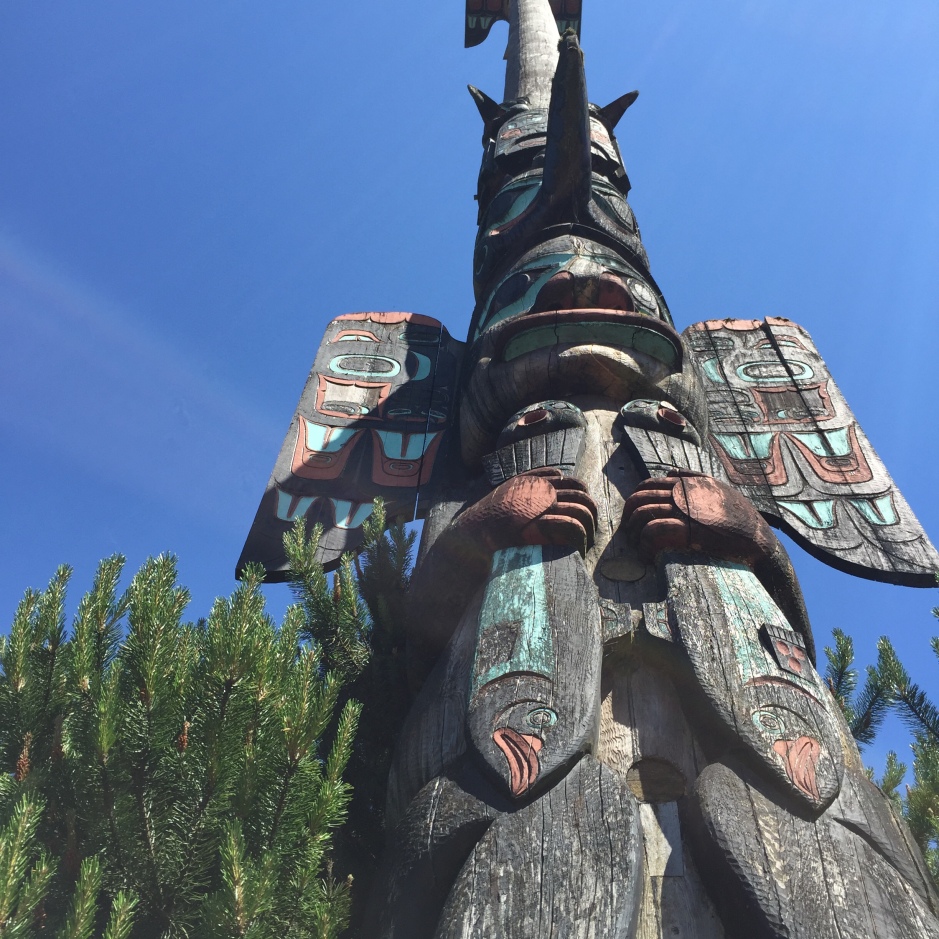 This summer I took my first cruise ever, and not a cruise to anywhere tropical. My first cruise was to Alaska, up through the Inside Passage. I wasn’t sure how I felt about it beforehand. I like spending a lot of time in one place. When I was in Italy, everyone encouraged me to explore Europe but outside of one trip to Amsterdam, I spent my entire time getting to know every part of Italy. However, by the end of the cruise I realized that they’re not all so bad. I got to see so much of Alaska in such a short time, experiencing the nuances in culture and history between each city. Ketchikan was our cruise’s first stop. 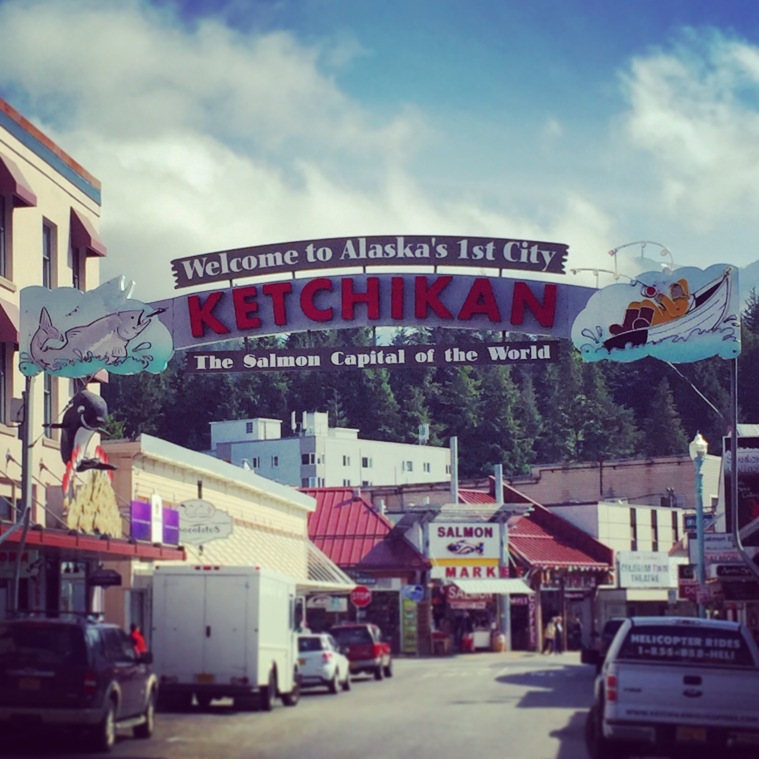 Ketchikan, the first city (town) ever formed in Alaska, started as a single salmon saltery in 1883. Two years later, businessmen from Portland invested in another saltery and general store. Another two years later and the area was a flourishing spot for fish trade. By 1900, the town had 800 residents and was officially incorporated as Ketchikan.

Although it was the smallest town of our stops in Alaska, Ketchikan was perhaps the most vibrant with history as it is home to a booming salmon industry, the great Misty Fjords National Monument, and the world’s largest collection of totem poles.

My first 24 hours on the cruise were spent at sea, and I was not a happy cruiser at first. It took me a while to get my sea legs, and just when I felt the sea sickness subside, we were docked in Ketchikan. I got off the cruise ship ready to kiss the ground when in less than 45 minutes, I joined my boyfriend and 3 other passengers on a sea plane tour through the Misty Fjords. My thoughts immediately after takeoff: “Why did I consent to this? Can I just get my feet on solid ground for like one full hour please?” 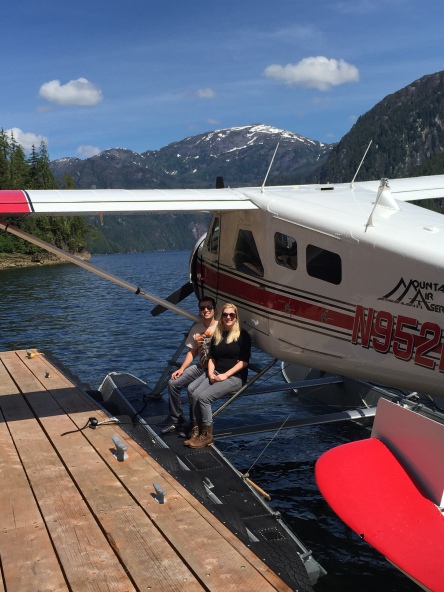 A little background on the Misty Fjords National Monument. A mere seventeen thousand years ago, the area was completely covered in ice. In that time, massive glacier action carved out what is now a landscape of long saltwater fjords, surrounded by 3,000 foot cliffs and waterfalls to match.

We hopped on a sea plane and flew over and in between these cliffs, getting closer than I ever imagined a plane should go. When I started to feel nervous, the pilot noticed and played the Jurassic Park theme song into our headphones. It was awesome. 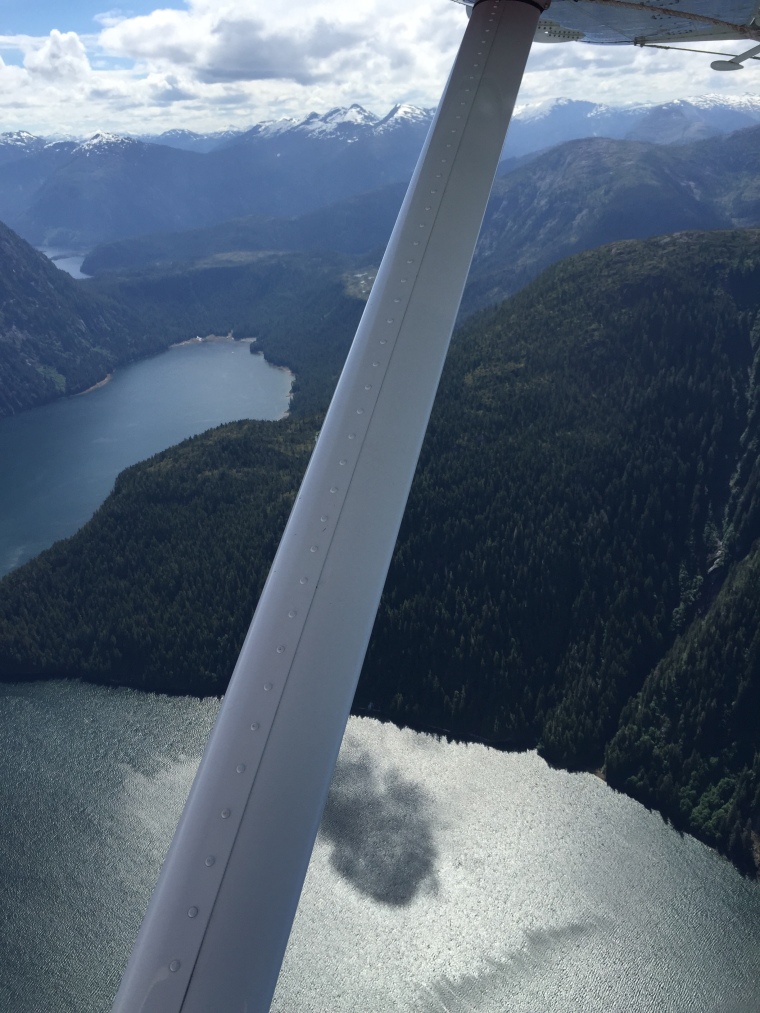 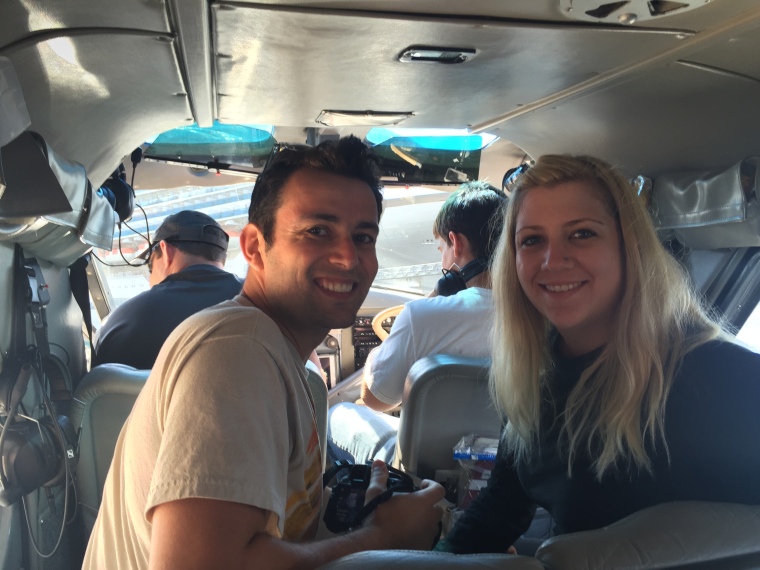 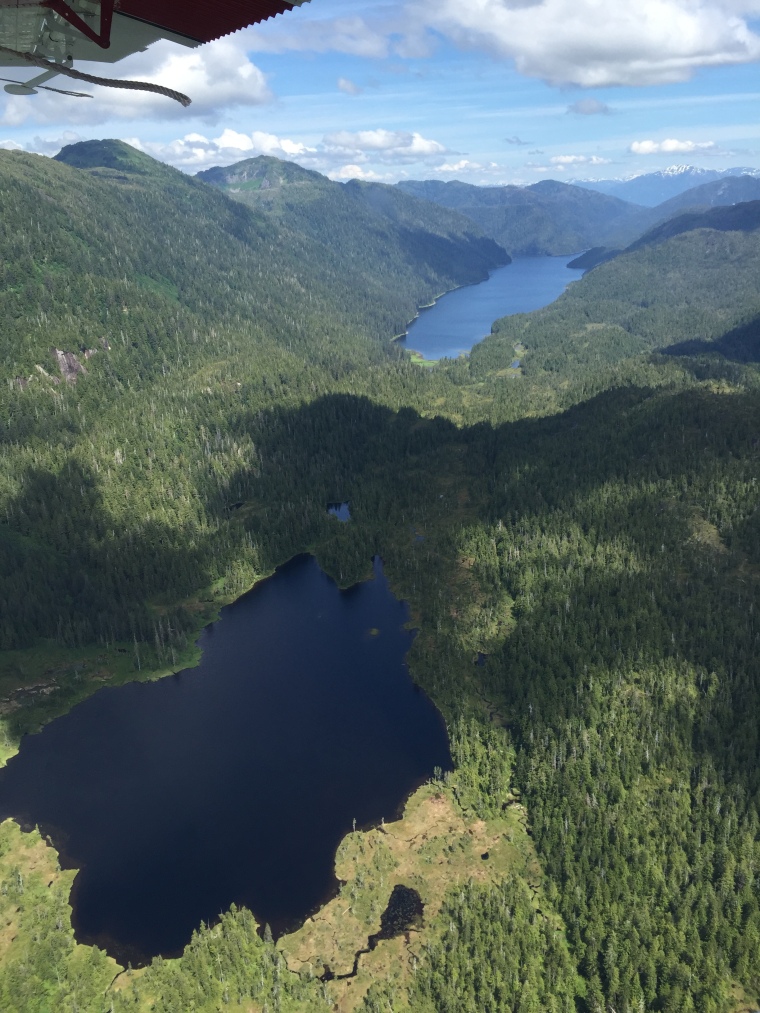 After the sea plane excursion, we walked around Ketchikan and tried some salmon in many forms – jerky, canned, pâté, you name it! We took a walk down Creek Street, which was really a boardwalk type deal. Along the boardwalk were galleries filled with art by inuits of the area. Stay tuned for Part Two of our cruise through the Inside Passage. Until next Friday!