I realized something a little wacky the other day, which is that I’ve officially been drunk in every part of the country. And with being drunk comes the inevitable drunchies, aka drunk munchies. Through my travels, I’ve discovered that even drunchies contribute to the cultural nuances that vary from state to state. Here is my experience of Drunk Food Across the United States… 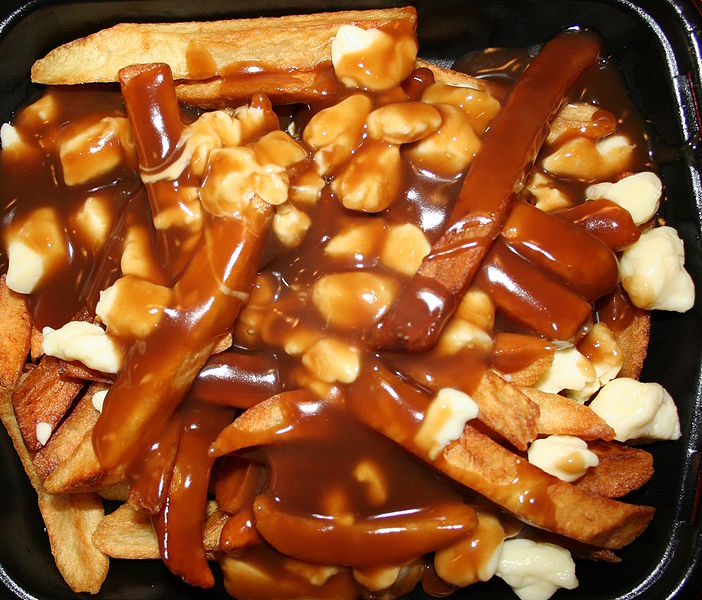 When you’re tipsy in New England, poutine is the perfect answer to your stomach’s prayers. Seriously, when do fries smothered in gravy and other nommy goodness of your choice EVER sound like a bad idea? Poutine is the kind of drunk food option that makes a supermodel go “mother fuck this diet and gimme some o’ dat.” Lobster rolls are delicious and everything, but they’re also expensive, generally not available late night, and made up of seafood – not the best option for a person that’s hoping not to vomit the next day. Poutine, on the other hand, makes up a great bar food menu, offering variety of toppings and vegetarian options. It’s great for groups and instantly filling. Fries smothered in gravy, cheese, jalapeños, and mushrooms? Yes please and thank you.

When considering which side to choose in the long-debated question of whose pizza is better, New York or Chicago, you might want to picture yourself plastered and trying to maneuver a slice of deep dish into your mouth. New York pizza, and pizza across the east coast area, tends to be the go-to choice for drunchies. I’ve rarely had a late night adventure drinking in the Big Apple that didn’t end up with a group of friends and myself stumbling toward the nearest 24-hour pizza joint. It’s cheap, available by the slice, and agreeable across most types of people. And if you find a pizza parlor like Two Boots, vegans can enjoy a slice too!

This was a hard choice for me, because I honestly feel like any fast food will satisfy an inebriated midwesterner. However, at least in Ohio, late nigh quests for drunchies usually end at a Denny’s or iHop because both are open. Which means you spend the end of your night loading up on some combination of eggs, potatoes, and meat, maybe with a pancake or two on the side. And what’s the greatest food in the world according to most people in the midwest? Bacon. Which means that even if you end up at Taco Bell, chances are that you’re going to order that breakfast burrito (or two). 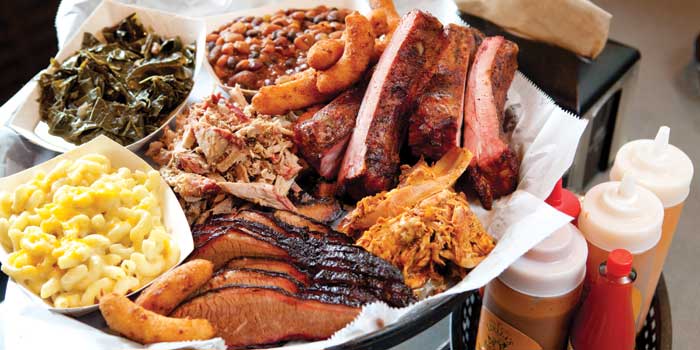 Having only spent a short time in the south, I asked a friend from Alabama, Justin Wayne Lutz, what drunk food looks like there:

“(LOL) Southern food is nothing but drunk food for the soul.”

Preach! Which is why I chose barbecue for the iconic drunk food of the south. Whether it’s ribs, brisket, or some combination of both served on a bun, you’re gonna want that ordered up late night or mid-afternoon (we don’t judge here), served on a paper plate with a side of collard greens. What else goes good with some southern BBQ? Deep fried side dishes – meaning fried pickles, fried green tomatoes, etc. If that’s not soul-satisfying when you’re sloshed from the bourbon, I don’t know what is.

Cities in the southwest tend to be filled with food trucks and the majority of those food trucks tend to serve tacos. And something I’ve noticed in my travels between Texas and Arizona is that there is no end to what you can put in a taco. Fish tacos? Pick one of the 8 kinds of fish our menu has to offer. Vegan or vegetarian tacos? Try one with grilled cactus – it’s amazing. Breakfast tacos? Um, duh! I cannot believe there was ever a time I didn’t think, “How can we put this meal in a taco?” Tacos forevah.

Late night hot dogs are considered a specialty in places like Portland and Seattle, as well as other cities across the northwest region of the country. Specialty dogs come with toppings that only a drunk person would beg for, including cream cheese and scrambled eggs. Hey, whatever gets the job done.

Before I ruin this post with a generalized idea of west coast drunk food that many will get snarky at, let me explain that by west coast, I mean California. If you’re living in California, your drunk food choices are endless. I mean ENDLESS. Quesadilla with french fries? Sure! Pizza with french fries? Coming right up. Fresh, hot tamales? There has to be a food cart around here somewhere. Sushi? Pull up to the drive-thru window. So yes, in California, your variety of drunchies is ridiculously plentiful, though you know you’ll probably end up at a Jack In The Box anyways.

Survival Never Goes Out of Style...