There are so many reasons to love camping. If you enjoy relaxing outdoors or testing your physical strength on rigorous hikes, camping makes a great weekend. But when I chose to drive myself and a friend (who had never camped) out to Olympia National Park last week, it was to explore something within myself.

My friend had never been camping before and I had never camped without people more experienced doing all the work for me. The rest of our friend group plans to camp more this summer, so I naturally felt a great responsibility to make sure this trip went smoothly enough that my camping companion wouldn’t hate camping so much he’d never do it again for the rest of summer.

The initial part of the trip was sort of a disaster, as there was some type of rock n’ roll fest in Seattle and our 3 hour drive to Olympic turned into a 6.5 hour drive, including a 1.5 hour detour just to get out of the city and my first ride on a Seattle ferryboat! 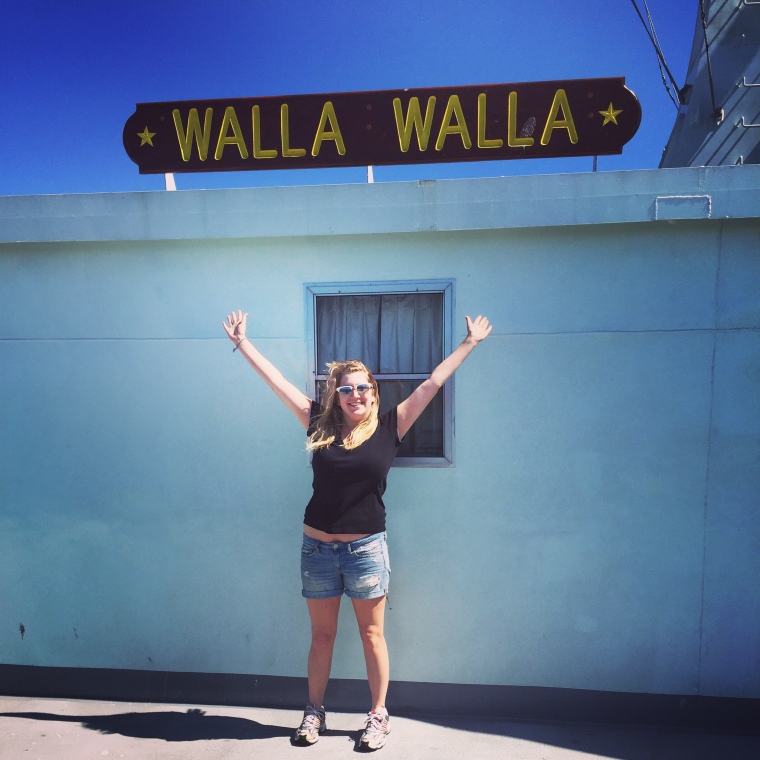 After the ferry, the drive was absolutely stunning. We made it to Lake Crescent with only 12 spots left – woo! The woods were pretty crazy looking once we got there – like something out of Jurassic Park. There were massive fern bushes everywhere and the trees were covered leaf to root in thick moss. My friend and I wondered whether or not the moss was good for the trees – I assumed yes because it’s a protected forest, why would it not be in great shape? But my friend thought not… so, I looked it up!

The moss covering the trees in Olympic is called epiphytic moss, and it does not necessarily negatively effect its host. However, it doesn’t really do anything good for the host either. But the forest we were in is primarily dominated by large sitka trees, and when those die it can take centuries for them to decay, while they still remain hosts to the mosses. Epiphytic moss is said to have the capability to slow the growth of its host, but seeing as these trees were ENORMOUS, I don’t think that was the case in Olympic. So there you go!

We thought the tent would take a while to set up, we had it set up in 15 minutes. It was a total breeze! My friend was on cooking duty, and as he set up the little propane stove that we had with us, I built a fire out of a nearby campfires dying embers. When he had cooked dinner, and I had built a full blown fire with no lighter fluid, and we were a couple of shots of tequila in, we were both feeling pretty darn great about ourselves.

We didn’t really come to be with nature, though we did hope it would relax us. The point was to build a shelter, find our warmth, fend for ourselves from what little we had. I don’t want to make this a lesson about independence or anything, but I will say that there is something very therapeutic in the process of camping, even if you don’t go all out with a backpacking trip. It was enough to feel like we had more in us than 8 hours a day in front of computer screens.

Not much else happened except quiet exploration. We spent the following day on the dock reading and laying out. We did happen to explore and find an old outdoor church that clearly hadn’t been used in years, and on our way back from that came within about 20 feet of two very young elk. I could tell they weren’t deer because they were the size of full grown deer but the male’s antlers were still very small, and covered in fur, which isn’t something you see with deer.

Here are some photos of the overall trip: 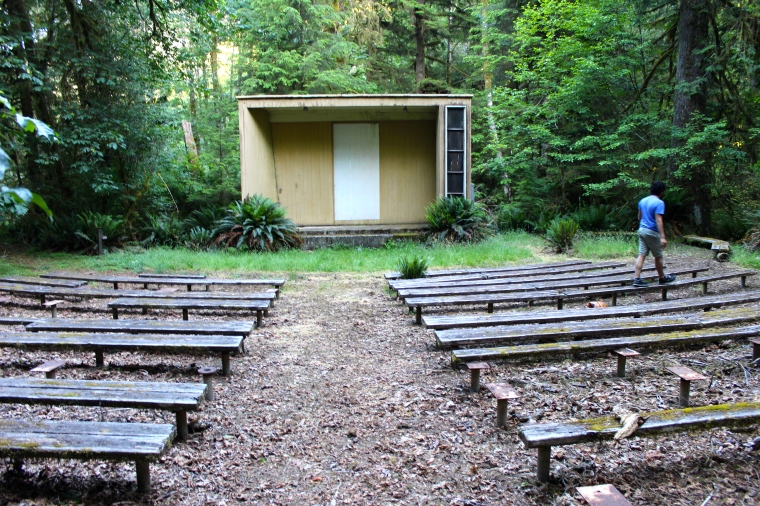 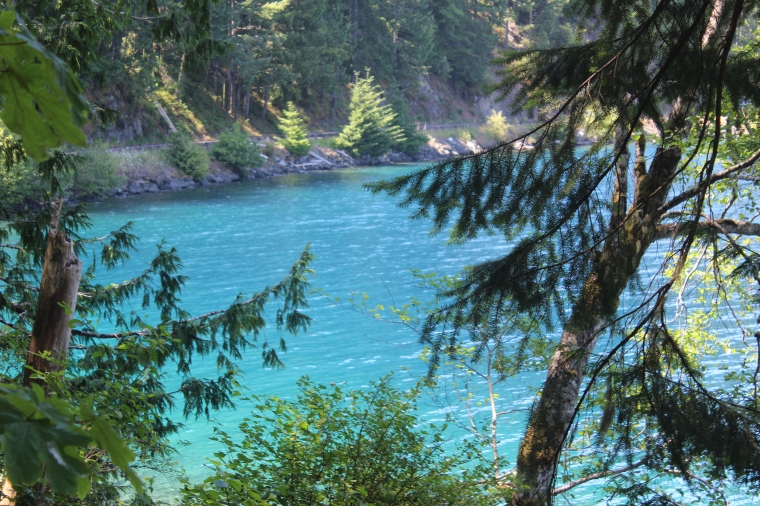 We’re heading toward the 4th of July again, and my followers will remember that Independence Day was how I kicked off this blog one year ago, spending my first days as a traveler in a very cheap, very dirty motel in Burlington, still recovering from my close encounter with an apartment scam. Twelve months later, and I’m on the complete opposite side of the country. I’m not sure what has changed within me, but I know that whatever it is, I’m listening. And when I need to say no, I’m saying it. And when I need to escape for a weekend on a not-very-rigorous camping trip for reasons I can’t explain, I’m doing it. And I regret nothing.